Reklama
Reklama
Reklama
Reklama
Udostępnij na Facebooku
Udostępnij na Twitterze
Poland is the fifth largest market in the European Union in terms of the number of new car registrations annually. Author: Pavel Šolc, CEO Volkswagen Group Polska.
Reklama
The automotive sector is very important to the national economy. In recent years, Poland has attracted a lot of foreign investment in the automotive manufacturing sector, becoming one of the major manufacturers of cars, car parts and components in Central and Eastern Europe. According to the ACEA (European Automobile Manufacturers’ Association), almost 215,000 direct manufacturing jobs are provided by the automotive sector in Poland. And this figure puts Poland in 3rd place in the European Union. The Volkswagen Group, the largest car manufacturer in Europe, has located as many as 9 plants in Poland and, in this respect, Poland ranks 3rd worldwide behind Germany and China.
Reklama
But the automotive industry is changing. The proposal of the European Commission, “Fit for 55”, assumes that after 2035 only zero-emission vehicles will be sold in the European Union. This will entail huge changes in both sales and production. These changes are taking place rapidly and unfortunately, in this area, Poland is falling behind Western Europe. In the third quarter of 2021, the market share of electrically-chargeable cars expanded in the EU at the expense of petrol and diesel vehicles. Both battery electric cars and plug-in hybrids nearly doubled their share during this three-month period - accounting for 9.8% and 9.1% of the market, respectively. For the first time ever more cars with plugs (BEV and PHEV) were registered in the European Union than cars with a diesel engine. For comparison, the market share of electric is ca. 1% and plug-in hybrids ca. 2% in Poland. Undoubtedly, the purchasing power of consumers in many European countries is greater than in Poland. But this is only part of the explanation. Six times more new cars and 60(!) times more new electric cars are sold in Germany. This also results from differences in taxation, the subsidy system and infrastructure development.
THERE IS NO FUTURE WITHOUT ENTERPRISE - Dziennik Gazeta Prawna Special Edition
Infrastructure is crucial. Travelling around Poland by electric car is possible today, but it requires planning and more time. Meanwhile, in the Netherlands, Germany or Austria, long trips by e-car are almost as convenient and fast as with a petrol or diesel car. In the Netherlands, there are 50 charging points for every 100 km of major roads and highways. In Germany, the relevant figure is 20. In Poland, unfortunately, it is only 0.5, which means there is only one charging point per 100 km of main roads.
Reklama
To date, the government has not been as eager to promote electric vehicles as Western Europe. Poland has one of the oldest car fleets in European Union. The level of safety and exhaust emissions in 20-year-old cars is a far cry from new cars. Most imported used cars are already very old. Legislation and taxation should promote low and zero-emission vehicles and infrastructure development must rapidly accelerate, both on highways and in the cities.
A much faster shift to zero-emission cars than what we are observing today in Poland is possible with a proper political framework. Car producers are ready. There are more than a dozen fully electric cars offered by Volkswagen Group in Poland. Just to provide an example, the Volkswagen ID.4, Skoda Enyaq, Audi Q4 e-tron and some others have a range of over 500 km. These cars could soon be the only cars in many households. The market has huge potential. And this potential must be used for the country’s economy to ensure a better future for our children and the planet. ©℗
opinions 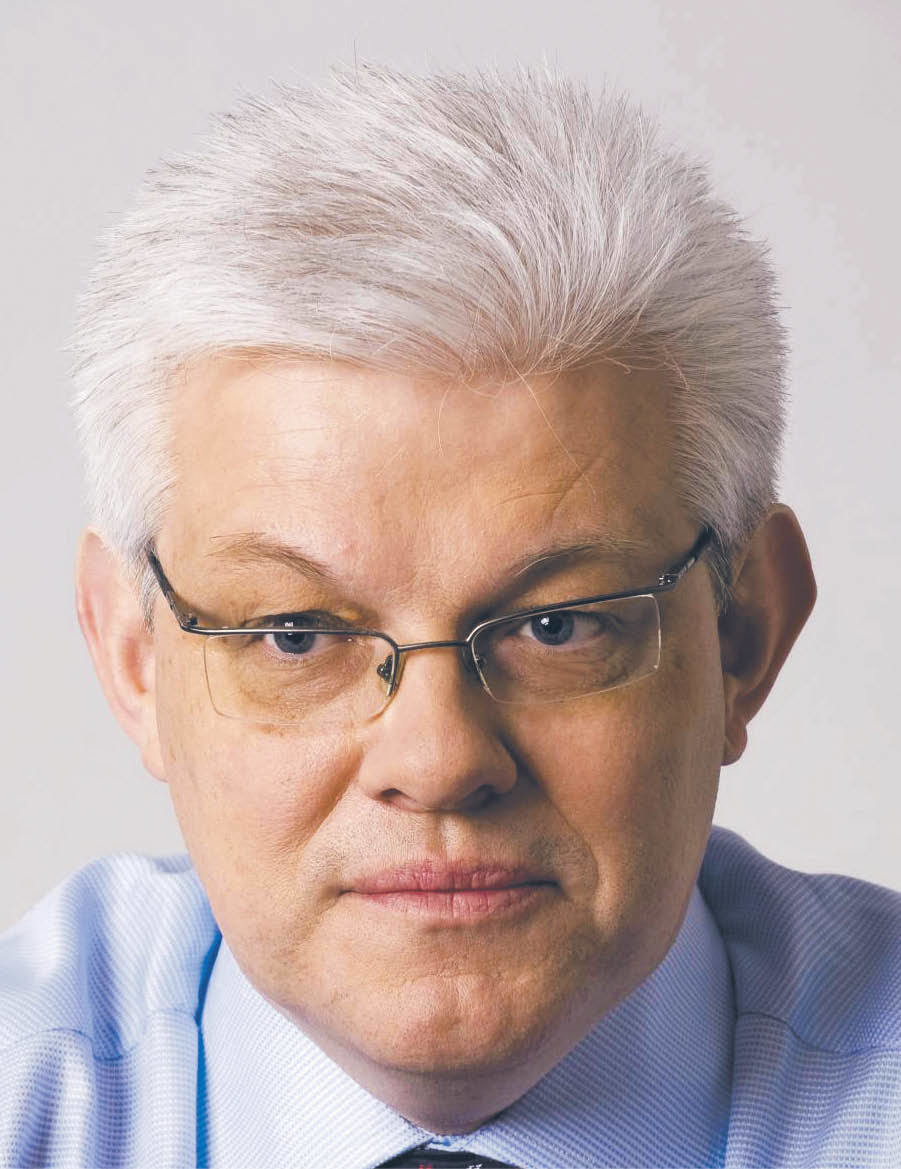 Jakub Faryś, President of the Polish Association of the Automotive Industry / Materiały prasowe
The COP26 climate summit in Glasgow has just ended. Among others, a declaration prohibiting the registration of new combustion cars from 2035 was issued during the event. Poland is one of the signatories and I am very pleased that our government has declared active support for these activities. But this decision is particularly ambitious, because there are only 14 years left until 2035, and in the last 30 years, not many measures have been put in place in Poland to stop the import of old used cars. Half of the cars imported in recent years to Poland have been older than 10 years. That’s ca. half a million every year. In this context, action must be taken immediately to ensure that the transformation to come is socially acceptable, and to maintain the role and competitiveness of the domestic automotive sector, because this is a leading sector in the Polish economy” .
Maciej Mazur, managing director at the Polish alternative Fuels association
I In 2021, several steps were taken in Poland that allow a brighter perspective for the future of the electric car market. First, a framework was created for the establishment of a comprehensive system of public subsidies. The “My EV” programme was introduced, providing subsidies for individuals and companies to buy electric cars. Its budget is the equivalent of EUR 146 million and may be increased in the following years. Other support instruments include public charging infrastructure and the zero-emissions collective transport sector. According to announcements, subsidies for private chargers will also be launched next year. In addition, the Act on electromobility and alternative fuels was amended, which is the key legal act regulating the electric vehicle market in Poland. Moreover, during COP26 in Glasgow, representatives of the Polish government signed the declaration on accelerating the transition to 100% zero-emissions cars and vans, expressing a pledge to phase out the sale of new ICE vehicles by 2035 at the latest. However, the measures taken are only the first steps towards the electrification of the road transport sector in Poland. Nonetheless, further regulatory changes are necessary, as well as the intensification of activities aimed at the expansion of the public charging infrastructure (currently, only around 1,700 public chargers operate in Poland) and the continuation of public support programmes.